Mr. Wong Ho Lung, Danny, Deputy Chairman and Executive Director of the Group, said, “ We are delighted to attain ‘Green Medalist’ for three consecutive years.  Over the years, the group is committed to sustainable development and green management, and incorporates them into our manufacturing, administration and daily operations. Looking ahead, we will continue mobilizing resources to support the development of a green environment.”

“Hang Seng Pearl River Delta Environmental Awards” is co-organized by the Federation of Hong Kong Industries and Hang Seng Bank, which aims to recognize and encourage sound environmental practices by manufacturing companies. It also aims to reduce pollution that is affecting people in Hong Kong and the Pan PRD region. The presentation ceremony was held on 4 February 2013 (Monday) at Hang Seng Head Office in Central. Mr. Wong Ho Lung, Danny, Deputy Chairman and Executive Director of the Group, received the award on behalf of the Group. 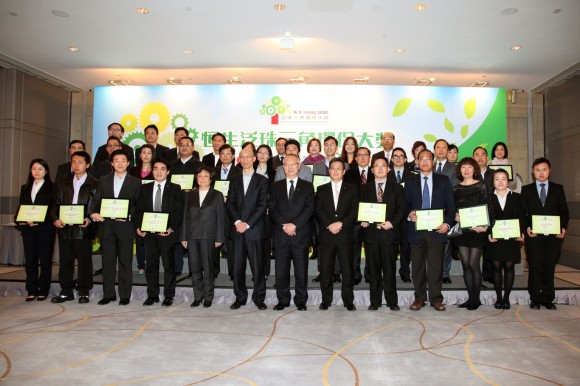