What do gems mean?

Gemstones are artificially cut and polished mineral crystals to become precious jewellery. Most of the gems in nature are polished from natural inorganic minerals. Common gems include rubies and sapphires. The value of gems lies in their magnificent color, rarity and durability. When choosing gems, pay attention to its color, transparency, clarity, and turning.

Ruby is the most valuable variety of the corundum mineral species, which also includes sapphire. Rubies can command the highest per-carat price of any colored stone. This makes ruby one of the most important gems in the colored stone market.

Trace elements that become part of the mineral’s crystal structure cause variations in its color. Chromium is the trace element that causes ruby’s red, which ranges from an orangy red to a purplish red. The strength of ruby’s red depends on how much chromium is present—the more chromium, the stronger the red color. Chromium can also cause fluorescence, which adds to the intensity of the red color. 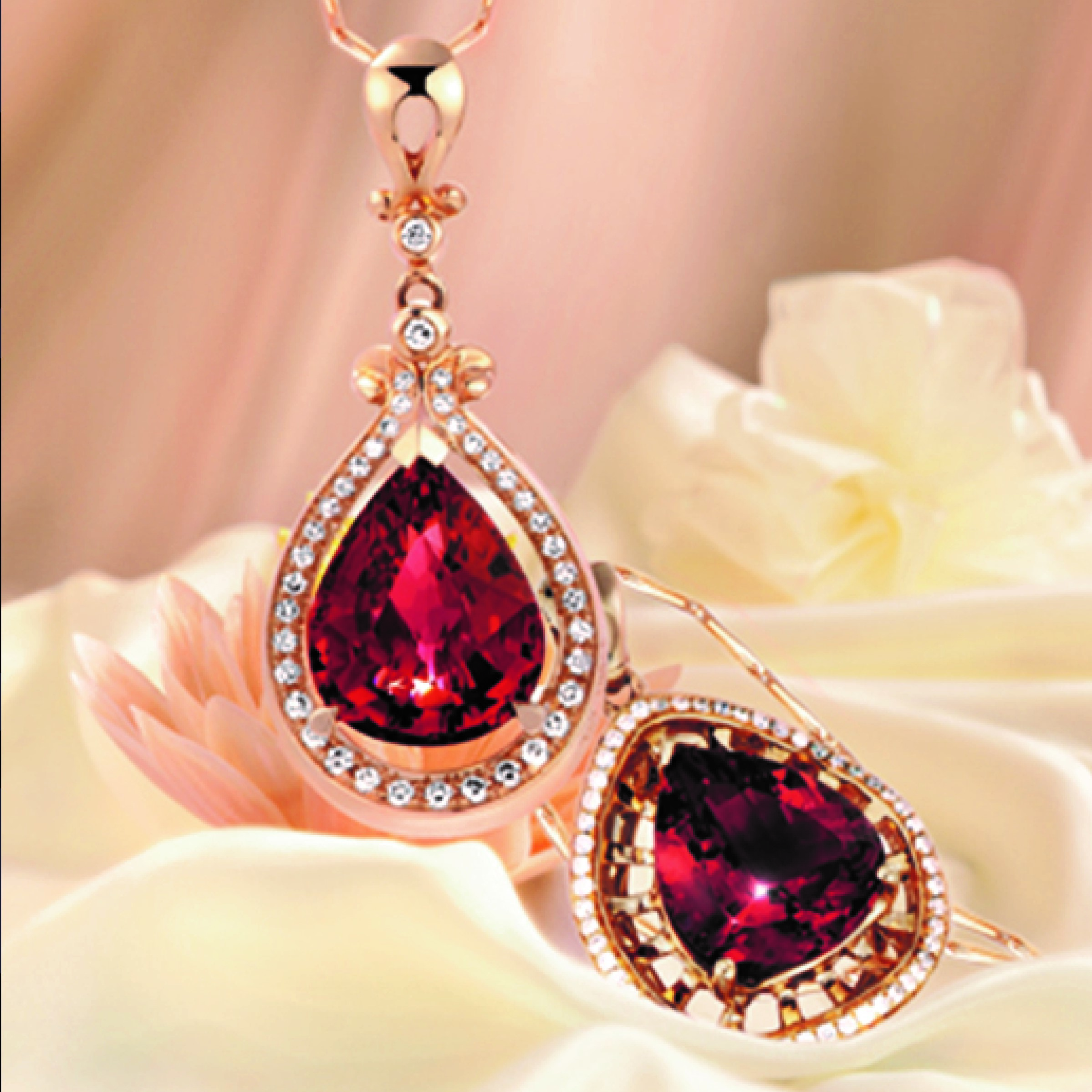 Blue sapphire belongs to the mineral species corundum. It can be a pure blue but ranges from greenish blue to violetish blue. The name “sapphire” can also apply to any corundum that’s not red and doesn’t qualify as ruby, another corundum variety.

Besides blue sapphire and ruby, the corundum family also includes so-called “fancy sapphires.” They come in violet, green, yellow, orange, pink, purple, and intermediate hues. There are also “parti-colored” sapphires that show combinations of different colors. Some stones exhibit the phenomenon known as color change, most often going from blue in daylight or fluorescent lighting to purple under incandescent light. Sapphires can even be gray, black, or brown.