Mr. Wong Wai Sheung, Chief Executive of the Group, said, “the new shop helps to expand the customer base of our Group and enhance Luk Fook’s popularity in the global jewellery market. Since entering the North America market in 2003, the Group has been receiving satisfactory sales performance. We are therefore confident of expanding the international market, and will continue to seek opportunities to broaden the overseas retail network.” 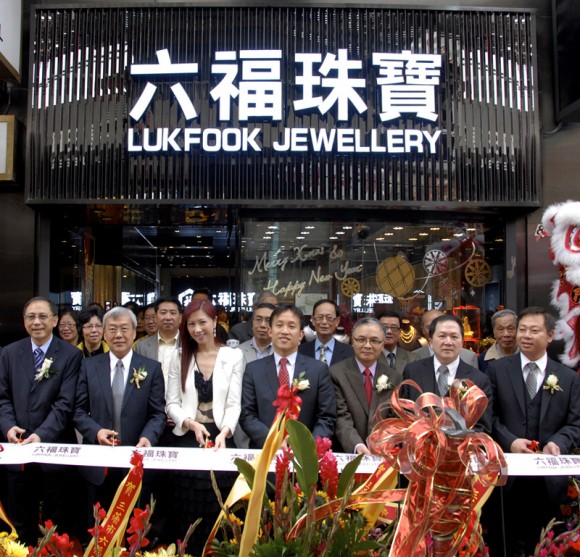 With wide support, the opening ceremony of the San Francisco new shop was conducted in a cordial atmosphere. 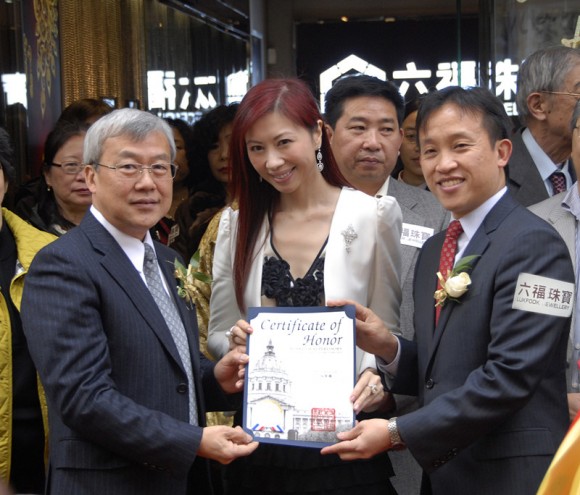 Mr. Vincent Tse, Director & Group Deputy General Manager of Luk Fook and Miss Pauline Yeung, Director of the Group & the winner of Miss Hong Kong and Queen of Asia received the "Certificate of Honor" from Mr. David Chiu, the President of the San Francisco Board of Supervisors on behalf of the Group.